I see Twitter being in real danger of becoming MySpace and SecondLife. Do you? 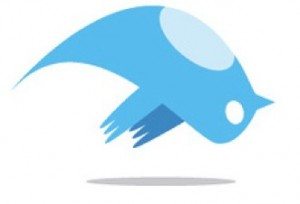 If Twitter doesn’t get it’s act together and improve customer experience for the masses of new users signing on, it’s going to end up as an irrelevant, niche community for a self-referential subculture.

It doesn’t surprise me in the least that new research from Hubspot shows that the majority of Twitter “members” have no followers, and have never tweeted. How would they know what to do? Has there ever been a more lonely club (online or off) than Twitter on day one? Nobody welcomes you. Nobody encourages you. You’re left to figure it out for yourself, using a woefully inadequate search tool, a bunch of abbreviations and lingo you don’t know, and a staccato communication style that values brevity over clarity.

From a collaboration standpoint, Twitter’s open API is admirable. It’s spawned dozens (hundreds?) of innovative, third party add-ons. But the problem is that new users do not know Tweet Deck from a hat rack. I get it, Twitter. Have other companies do your R&D for you, snap up the best ones, etc. That’s a great model when your service is dominated by early adopters that will gladly utilize a multitude of apps to maximize their experience, like a low rider posse with lighted license plate frames and bouncing chassis.

But when Oprah and Ashton and the gang get the rest of the world involved, you cannot cede the customer experience to third parties. You can’t have your Web site being the 37th best way to use your own service. You can’t have a social networking service that does nothing to facilitate the creation of viable networks, other than “recommending” a list of interesting (but certainly not targeted) users and then swamping them with half a million new followers.

And I’m not even talking about the outages and unreliable search results that make Twitter the most widely adopted flawed technology since silicone boobs.

I’ve been working on the Web since 1994, and have spent a lot of that time counseling companies on delivering knockout customer experiences (much of the time working side by side with my brilliant friend Maggie Young). It’s all about sending the right messages to your customers at every touchpoint.

The message Twitter is sending right now is one that I’ve actually heard from Web programmers, and makes me cringe, even as I type this:

“If these people aren’t smart enough to figure it out, we don’t want them as a customer”

If Twitter thinks it’s going to lose it’s technophile credibility by adding some functional hand-holding for my mom and others that share her life raft on the adoption curve ocean, they won’t, trust me. Good customer experience is always cool.

“@ev @biz Make it easier for people who aren’t geeks to love you. Thanks. Please RT.”