Wow. Remember when MySpace was the dominant social network? Seems like a long time ago, as the past three years have seen Facebook approach, catch, and blow past MySpace to become our preferred online hangout spot. 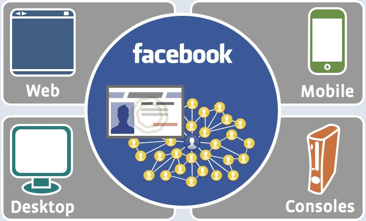 Now, new data released by Facebook and third party researchers show just how influential Facebook has become in our daily lives. Combined with several critical adjustments to how Facebook publishes “news” and intersects with other sites, the state of Facebook is mind-blowing. And important for business.

Here’s 11 things about Facebook that you need to know:

1. 400 Million Global Users, and Counting
Facebook announced recently that they had passed 400 million members, making Facebook the third-largest country in the world, if it was a country. (perhaps that’s their end-game, joining the UN and raising an army?)

2. 100 Million U.S. Users
Sure, Facebook is strong around-the-world (Canada has the highest penetration rate), but nearly 1/3 of all Facebookers are here in the U.S. You may have heard of a TV show called American Idol. On a good night, it averages 20 million viewers. Facebook has 100 million American members. Hmmm.

3. Average Facebook User Spends 55 Minutes Per Day
Nearly one hour per day, per user. That’s a lot of Facebook time. How can your company grab a bit of consumer attention? This data is based on Facebook’s own published stats, covered by Inside Facebook.

4. Nearly 80,000 sites using Facebook Connect
Connect is the Facebook initiative that has the greatest long-range impact. By integrating Facebook closely, sites are making our personal social graphs truly portable. Instead of having to go to Facebook and other sites to visit our friends, they travel with us online (and in our pockets via mobile devices), always there to provide advice or commentary. Even Yahoo! and MySpace are rolling out deep Facebook integrations.

This of course makes Facebook the central hub of not just social media, but the Web (which is why Google is scrambling to catch up after their competing Google Connect fell flat).

5. Facebook Fan Box Becoming Pervasive
Perhaps the least powerful, but most prevalent flavor of Facebook Connect is Facebook Fan Box, a simple tool for enabling your Web site visitors, YouTube video watchers, or email newsletter recipients to become a fan of your brand – without even having to go to Facebook.

6. Average Facebook User Has 130 Friends
Will Facebook users continue to add more friends at a rapid pace? It depends upon how they view their Facebook connections. 130 friends almost bumps up against Dunbar’s Number of 150 – the theoretical maximum number of actual friend relationships you can sustain, according to British scientist Robin Dunbar.

If Facebook continues to revolve around relationships that you actually possess in three-dimensions – people you “actually” know, then the addition of bunches of new friends may slow considerably. But, if Facebook makes the leap to tie people together more casually (like Twitter), average friend counts could rise dramatically.

7. Average Facebook User Fans 4 Pages per Month
If you think tons of your customers should become fans of your company’s Facebook page, you might want to recalibrate your expectations. The average Facebook user “fans” only 4 new pages per month. That’s not a lot, considering how many brands, causes, and organizations we come into contact with on a regular basis.

If you’re going to make growth of your Facebook fan base a key part of your social media strategy, you must create a clear rationale for why consumers should participate with you. 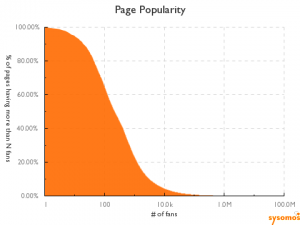 That’s why it is so critical to focus your Facebook strategy on activating the fans you have, not just collecting fans like baseball cards.

Thus, if you want to grow your Facebook fan base, it is imperative that you move beyond simple Wall posts and add photos, videos, links and other content.

10. Customized News Feed
Facebook’s recent move to an algorithm-driven news feed means that just because someone is your fan, does not mean they will see your wall posts or status updates (true for both individuals, and brands). Instead, the default news feed is now comprised of content that Facebook thinks you’ll like, based on your interactions with content from that author in the past, and interactions by your friends with that content.

This puts a tremendous premium on posting engaging content that will get comments and likes and shares. If you’re not paying attention to your content engagement scores within your Facebook analytics, start doing so now, and testing content types to see what works best for your brand.

11. Real-time Search Changes the Game
Facebook is now making most content available publicly, unless you tell them not to via your privacy settings. Twitter opened their data stream to anyone (not just big developers). Google and Bing are incorporating this data into search results, in real-time.

This has tremendous implications for search engine optimization and reputation management, since a negative status update about your brand might now show up on the first page of Google search results for your company name (at least temporarily). The shakeout is still happening, but someone in your company needs to be on top of real-time search. Today.

Facebook may not be the ideal environment for every social media initiative, but its huge size forces you to at least consider participating – regardless of what type of business you run. Conversely, some brands are putting an awful lot of eggs in the Facebook basket, which is perhaps justifiable based on the facts above. However, I’m not keen on building the centerpiece of my social media strategy on what amounts to rented land.

Is your business taking advantage of Facebook? How important is it to your social media efforts? What advice do you have for creating content and managing Facebook fan pages?