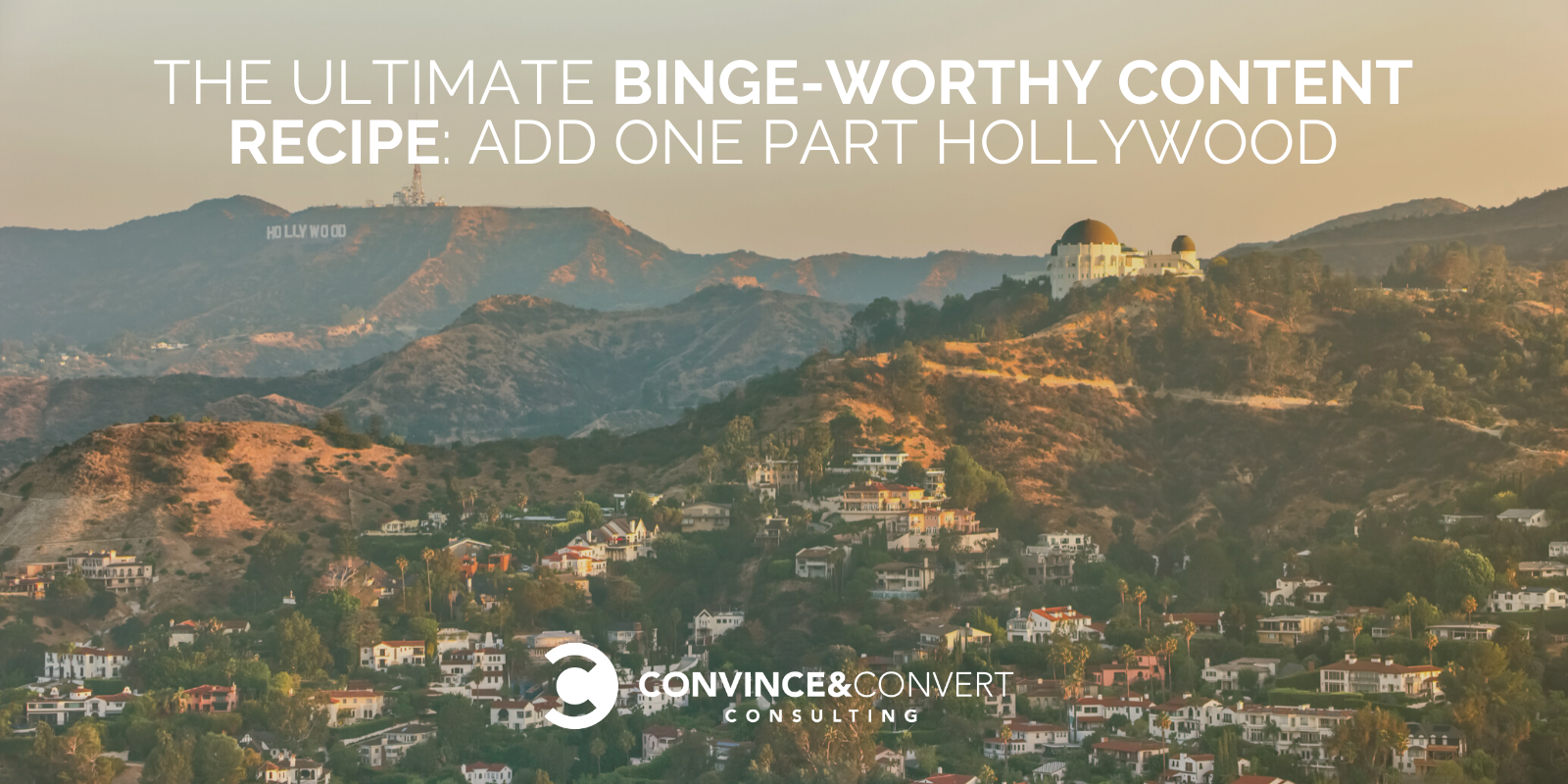 Remember when Jennifer Beals leapt through her ballet audition, or when we wanted to phone home with E.T. or… oh, too 80s? Okay, how about when Spider-Man shot spiderwebs out of his fingers or Wonder Woman shielded incoming bullets with her gladiator cuff bracelets?

We all love to get lost in a great story. And when we are introduced to a compelling character on screen, on stage or on the page, we do just that. Step into their shoes or leg warmers or jet and explore a different world—face seemingly insurmountable obstacles and come out victorious. We love to learn from someone we can root for and with whom we can go along on the ride.

That is narrative transport. Consumers want it in their Netflix shows and they even want in your marketing content. They want to see how other people—real or composite—solve their problems, face their challenges, come out victorious and live their best lives.

A screenplay is re-written an average of 33 times before going into production. Who has that kind of time in marketing? And how can we apply the concept of storytelling to effectively connect with our audience the way Daphne Bridgerton and Simon Basset do in Bridgerton?

In a word: character.

First of All, the Binge is Legit

Character is the critical component for narrative transport, i.e., readers, listeners and viewers stepping into the shoes or inside the world of the story and going along for the journey. Without character, there’s no connection, no interest, there’s no stepping into shoes, and therefore, no “transport”—ie., stories without characters are a road to nowhere.

Character is key in this because it’s the element that gets all seven regions of our brain firing. When that happens, our body’s two most powerful hormones surge: oxytocin and dopamine. Literally, it’s like a drug, and biologically, we want more.

Pleasantville is perfectville. No one’s buying it, no one’s watching it and no one’s solving any real problems there because no one has any. Get out of the old-school, banal, overly orchestrated, safe marketing and lingo and get into real stories with three-dimensional characters—er… customers and clients—with real dialogue.

Your team, writers, head writer, marketers, customer service agents, and every single client segment, small and large, are characters in your organization’s story. If you are not acknowledging each of them in your process, you’ve got a gap to fill.

Check out this Montreal restaurant’s menu, where the dishes are described in the “owner’s words.” They are labelled as such and are heralded for keeping it real with descriptions that reveal candid comments on things like the pork’s greasiness, his surprise that some customers still order it, that it’s new to the menu and he hasn’t tried it.

Feigang Fei, the restaurant’s owner and head writer, does great, and the results show it. The NYT reports that since an admiring customer Tweeted the menu just one month ago, he can barely keep up with the demand for takeout meals. With 11.5k retweets and 75k likes, real talk works in the restaurant business like it does in the film business.

That’s not to say every writer needs to identify him- or herself in the content, but it is to ask: on the spectrum of candor, are you closer to real dialogues or canned monologues with your clients? Monologues are a strict no-no in screenplays, and they should be in your marketing content and customer experience, too.

The head writer on your team needs an “in” to your clients, characters and audience segements. That way, they can find an authentic voice that leads to engaging dialogue, and if you’re like Feigang Fai, tens of thousands of likes and retweets for keeping it real.

Speaking of monologues, remember The King’s Speech? Unless you are representing the monarchy (are you??!), you’re probably not speaking the King’s English at your breakfast table or networking event. So why do we (the royal we, of course) suddenly get all formal in our content? Is it a throw-back from 5th grade English? The dreaded red pen, bleeding properness all over the page? Our marketing job in the 90s? Let’s not do that.

4. Do a Client (Character) Deep-Dive

Great film and tv characters have dimension, just like real people. That’s why it’s so easy to step into their shoes in the story. Achieving that dimension means we know their strengths, weaknesses, superpowers and flaws. Not one of those things, not three of those things, all of those things. Client profiles and persona work is a great start, but it isn’t enough in the current environment, because it’s not deep enough.

We’re in a time where we—you, your clients, me and my clients—are competing for attention with series and shows that have SWAT teams of writers and franchise legacies behind them.

Character. The writers and producers went deep and addressed his flaws.

In 1984, we saw, quite literally, one side of Johnny: a rich, entitled, bully. The armchair psych majors among us know he must have felt inferior for a reason, and in 2021 we find out why: he had a tough home life with a harsh stepfather who belittled him, and he never felt good about himself. We may not forgive him, but we understand him.

In 2021, we see Johnny in pursuit of a worthy goal: making something of himself and teaching a neighbor kid karate.

The proliferation of television and film, the availability to consume it and the rate at which we are consuming shows has tripled in the last 10 years alone. This has dramatically influenced and transformed the way consumers relate to all content. If your stories aren’t character-driven, neither is your narrative, and as a result, you are leaving eyeballs and dollars on the table.

To create bingeable marketing content, you must go deeper in your own character analysis: your company’s, your writers, and your clients’. Leave the ideal of perfection behind—it doesn’t exist anyway. Aim for dialogue with your client, not just monologues, and speak their language. Finally, do the deep dive on all of the characters, including strengths, weaknesses, superpowers and obstacles. In doing so, you will create the dimension that stimulates all seven areas of the brain, makes your content more memorable, and truly connects with your customers. 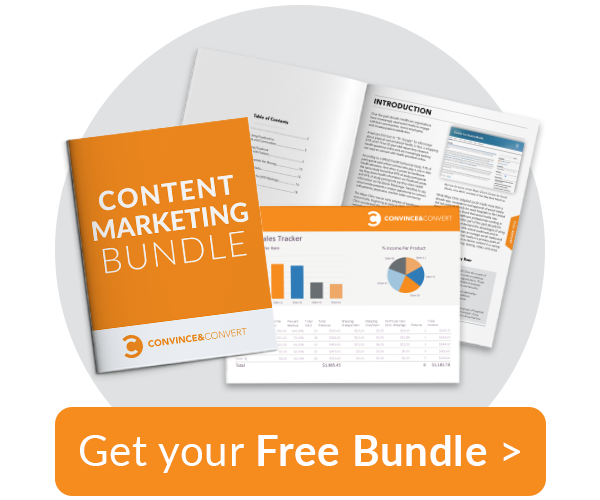 Let's schedule a call to chat about your marketing goals and challenges. A Convince & Convert strategist will get back to you within 1 business day (or sooner) to schedule your call. We can't wait to chat with you! 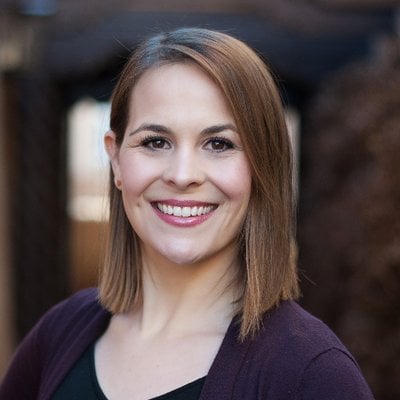