Gary Vaynerchuk and the Currency of Attention

It wasn't enough that Jay Baer wrote a book, has an amazing blog and does amazing work -- he now had to add podcasting to his arsenal. Break a leg!

I started following Jay on Twitter about a year ago and have really appreciated the great content he has put out. This podcast goes above and beyond though, and really gets to the meat of what is going on in the social and digital media space. Keep up the good work @jaybaer!

This show is so good that I can't stop listening to it. Learn how to use social media and ecommerce to grow your business.

Thank you so much for providing this not only interesting show, but also fun! 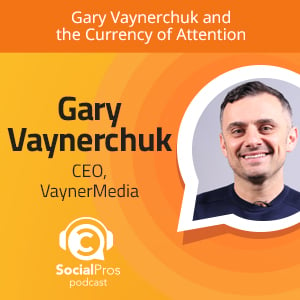 Gary Vaynerchuk, CEO of VaynerMedia, joins the Social Pros Podcast to discuss social media land-grabbing, the importance of the long game, and why you can never have too much attention.

Huge thanks to our amazing sponsors for helping us make this happen. Please support them; we couldn't do it without their help! This week:

Social Media Is a Long Game

Gary builds businesses.
During his career, he has grown a family wine business by 20,000% in 5 years, founded one of the world’s hottest digital agencies, co-founded an investment fund, acted as an angel investor and venture capitalist, hosted a show, written books, and maintained an active public speaking schedule. He has consistently been ahead of the curve when it comes to recognizing the next big thing in social media and has evolved into a self-proclaimed “land-grabber”.
This gift of spotting trends and jumping in early has catapulted him into the level of social fortune teller and THE one to follow online.
Despite having achieved a meteoric rise in the eyes of social worldwide, Gary still day trades attention like he just got online yesterday. Why does somebody like him need to draw attention to himself on a daily-near-hourly basis? To him, it’s all about the long game and measuring success in inches, not miles.

“Early matters more than people think.” —@garyvee
“You have to be where people’s attention is.” —@garyvee
“If you really want to be at the top, you’ve got to be great at the branding part as well and you do a lot of things that don’t make sense that day but they make a lot of sense long term.” —@garyvee
“I always want to be out there. I want to maintain my relationships that matter. They play out later.” —@garyvee
“Branding is deep. Life is deep. It’s not black and white. It’s gray.” —@garyvee
“The way you make your money is more important than how much you make.” —@garyvee
“People care about one-to-one relationships with the people they care about the most, and whoever maps that wins.” —@garyvee 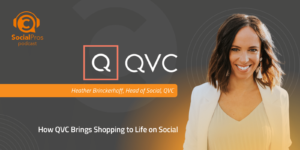 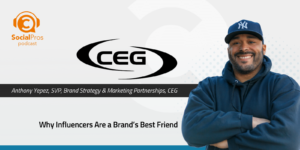 Social Pros Podcast Why Influencers Are a Brand’s Best Friend 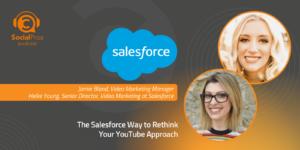