The game used to be relatively simple. Build a website. Make it useful and at least moderately pleasing to the eye. Keep it updated. Make your content at least semi-friendly for search engines. Bingo! A digital marketing success story. 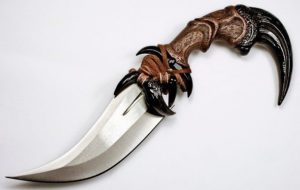 Like print newspapers, basketball players under 6 feet tall, and the McRib sandwich, the website as we know it will soon be a thing of the past – a quaint reminder of the original Internet era.

Ironically, Facebook itself started as humble website. But, for all its foibles and fairytales, its growth and groan-inducing missteps, Facebook and its leadership have known for a long time that websites are yesterday’s technology – they are just now getting around to twisting the knife.

Facebook is waging a three-pronged war on websites. The first front is the battle of expectations. Here, the objective is to change the way we think about information exchange online. Historically, we read “Web pages”. Now, the move is toward “social objects” which are invariably smaller, more directed pieces of content. Like a fussy deconstructed salad at a downtown restaurant with ridiculous unisex bathrooms, Facebook wants us to publish in tiny bursts of words, pictures, videos, and single purpose apps, rather than the page-length containers and complicated databases of yore.

Incidentally, this is why Google is so afraid of Facebook. Google has made a couple of dollars by reading and ranking Web pages. If the standard unit of publication becomes something other than the page, but rather smaller social objects like status updates and photos being published and ranked in real-time, Google’s role in that equation is diminished.

Facebook took a major (yet curiously underreported) move in this direction last week, when they enabled companies to publish to Facebook members’ news feeds for anyone that has “liked” a Web page. So, even if you do not have a Facebook fan page (as I do not for Convince & Convert), I can now publish Convince & Convert updates (or anything else) to your Facebook news feed if you have “liked” Convince & Convert over there on the right side of this page. (Go ahead)

Anything You Can Do, We Can Do Better

The second front of Facebook’s war on websites is in the area of operations and functionality. One of the reasons companies continue to put a lot of emphasis on their websites while still maintaining a robust Facebook page is that Facebook couldn’t do all the things a website can do. That’s becoming less true by the second.

With FBML and a flurry of new easy-to-use Facebook tab customization providers like North Social (check them out, really great stuff), it’s now possible to include on your Facebook fan page much of the most engaging content and functionality that previously was the sole property of a freestanding website. And Facebook fan pages are often easier for marketers to update than your corporate website, not requiring you to call Gill from IT for his famous “assistance with a smirk”.

Also, Facebook’s enhancements to its Insights analytics product aim to give companies information about their visitors that far exceeds the data available from Google Analytics (another reason Google is freaking out).

Facebook’s opening of the API to searches (and the subsequent inclusion of Facebook content in Google, Bing, Yahoo search results) blunts the historical searchability advantage of Web pages. 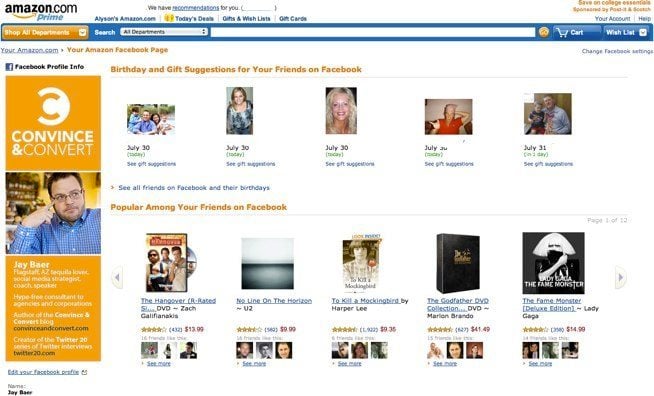 The increasing use of Facebook as an e-commerce platform (see excellent, elegant solutions from ShopTab), demonstrate that Facebook can make you money, not just friends. Indeed, the recently announced integration between Facebook and Amazon shows Facebook’s true intentions in this area – to use the social connectivity data that ONLY Facebook has to power massive advances in customization and relevancy of information on the Web at large. If you log in to Amazon (and have connected your account to FB), you’ll see friends’ birthdays, be shown purchase recommendations based on what your friends have liked, etc. It’s flat-out awesome. Facebook reports that consumers are 3 times more likely to connect their Facebook accounts on an e-commerce site, than will create a new account on those sites. That’s huge. Facebook is the official passport of the Web.

The power and insidious nature of the “Like” button installed everywhere, and the rich data stream that provides is probably worth more to Facebook ultimately than the eyeballs it aggregates and monetizes via ads on its .com environment.

Your Party is Lame

The third front of Facebook’s war on websites is in the area of push versus pull. The trick with websites is the never-ending need to feed the monster, through search optimization, public relations, banner ads, skywriting, or whatever other means you’ve devised to let people know that your site is out there and worthy of attention.

With 500 million members and counting, Facebook turns that equation on its head. Like the walled garden of the original AOL, Facebook can make the case that they already have access to all of your customers, so why wouldn’t you want to just ride their coattails? If there is a killer party with tons of people, a great band, and free booze it’s going to be tough to get a couple dozen people to leave to come over to your house to watch Jimmy Kimmel and eat microwave popcorn.

I have actually heard this exact sentiment from several companies and agencies recently, wondering whether they should increase their Facebook efforts because the size of the member community is just so overwhelming. I think the answer is “it depends” but it’s a question that has a lot more merit than it did a few months ago.

If You Can’t Beat Em, Should You Join Em?

I have said on this very blog that I was dubious about putting too many eggs in Facebook’s basket, because you’re essentially building your marketing program on rented land. And I still feel that way. The amount of control Facebook has (or will have) over the data and interactions on the global Web is truly unprecedented (and I trust them even less than Google). But, if your old house is abandoned and full of mice and cobwebs, a shiny new house – even on rented land – may start looking pretty inviting.

RIP websites. It was great while it lasted.

13 Tools That Experts Use to Simplify Their Digital Marketing Campaigns

Grad Schools Must Change in Pursuit of Gen Z Students