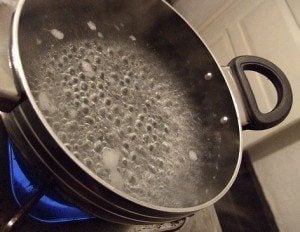 Is today your Domino’s?

Social media can both create and solve crises, and the incredibly fluid nature of social conversations requires brands to be on a constant state of readiness.

In April, two Domino’s employees created a foolish and disgusting video, and posted it to YouTube, setting off a firestorm of coverage on Twitter. It was quickly picked up by the mainstream press, which increasingly uses trending Twitter topics for story ideas like some sort of crowd-sourced, zeitgeist-obsessed, robo-editor.

After being alerted to the crises by their ad agency (who evidently were the only ones in the organization using social media listening tools), Domino’s set the crisis plan in motion, and with great swiftness issued an entirely credible press release.

But it didn’t work.

Why? Because the maxim of social media crisis relations is that you have to fight fire with fire. Communities in social media do not intersect as much as many corporate officers believe. It’s not like all the social media “types” are hanging out together in one place. It’s more like ancient Greece, with Sparta (the true believers of Twitter) and Athens (the larger, more rational Facebook) and other city states like MySpace, Linkedin, Ning, Flickr, YouTube, and dozens more.

When was the last time you read an actual press release via a link on Twitter? Blogger or traditional media coverage of a story that began with a press release, sure. But an actual release from a company? I’m not sure I’ve EVER read one on Twitter.

Domino’s big mistake wasn’t necessarily speed – they got the initial release out pretty fast. It was not understanding that you must react at the flashpoint, not around it. The Domino’s imbroglio ended only when the company created their own YouTube video response, accompanied with a new corporate Twitter account.

In my social media consulting and training, I’ve been talking a lot about Domino’s and crisis management, and I’ve pulled out these 4 lessons that apply to all brands.

Social media firestorms can cause real damage. A study by BrandIndex in the days following the Domino’s crisis found that overall, national perceptions of the chain’s quality fell from +5 positive to -2.8 positive. A huge drop in positive perception in 48 hours? For a multi-billion dollar company, that’s serious consequences.

One thing I can guarantee about Domino’s is that they didn’t wake up on April 15 thinking “You know, I wonder if a crazy employee will stick cheese in their nose today, and put it on YouTube?” You never see a crisis coming. That’s why it’s a crisis. Even if you choose to not engage proactively in social media at this time (although increasingly, your silence is deafening), you must at least be listening. Set up alerts and RSS feeds, subscribe to Radian6 or Spiral16 or some other listening software. Make it someone’s job to pay attention.

You do NOT want to be the last to know when the social media masses are trashing your brand.

A major area where social media crises differ from “real world” crises (although one often begets the other now), is that most companies have not yet identified their communication protocols. If something unfortunate happens to your brand in social media, who in your company is in charge of identifying the problem? Who do they call? Who needs to be alerted?

The same way most companies have call lists and alert procedures determined for offline crises, you must develop similar processes for social media. Commit to having that plan in place by the end of this quarter.

Because the best way to mitigate social media crises is to respond at the flashpoint, you must be prepared to make and launch content in a variety of formats and circumstances. If a YouTube video breaks, who in your company can create a YouTube video? How quickly? Can you get an emergency Twitter account set up? Who would do that? Can you make a blog post? A podcast? A photo gallery?

Unlike traditional crisis management, which typically requires procedures for press conferences and written releases, in social media you have to be ready to make multi-media content. And if you have to go through your Web design company or IT Department to make that happen, you’re dead. Maybe you should be training corporate officers on how to use a Flip camera and upload video, and to use WordPress?

Of course, you’ll probably never need a social media crisis plan. But, maybe you will. And if you can’t get a video from your CEO on YouTube within 3 hours, anytime of the day or night, you’re not fully prepared. Are you?