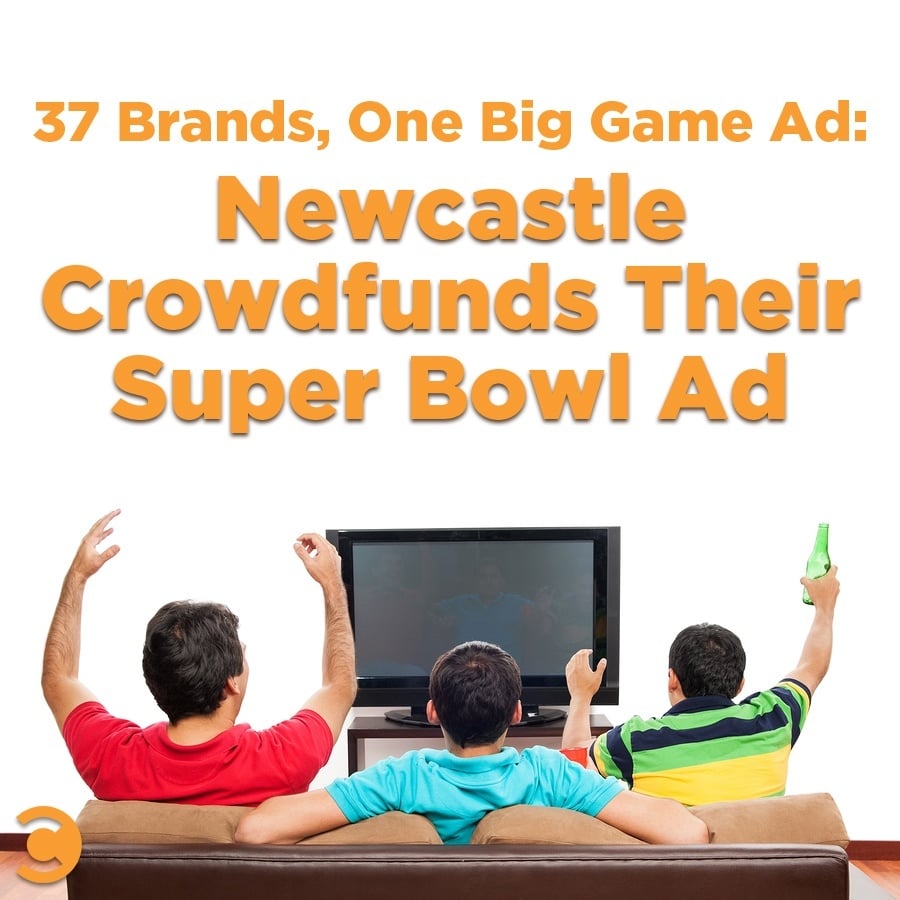 Leading into the Super Bowl, Newcastle Brown Ale generated headlines in many publications (including this fabulous blog) for innovatively testing brand-to-brand crowdfunding to help pay for and appear in the company’s coveted “Big Game” ad.

Called “Band of Brands,” the goal was to produce, “The most exciting, most jam-packed, most fiscally responsible big game ad ever.”

Interested brands had until January 19th to register their interest with Newcastle Brown Ale on the Band of Brands website. While not just any brand could make the cut, the company managed to find 36 other brands (plus itself!) that it deemed worthy of Super Bowl fame.

Yes, you read that correctly: 37 companies. All to be crammed into a 60-second commercial. (Click to Tweet)

So, how did Newcastle and agency Droga5 do with the final result? You be the judge.

The end result is what one would expect—jammed, but interesting. It’s no easy feat to cram 37 companies, including your own, into a commercial. However, in the quirky, “No Bollocks” style of Newcastle, the flow and narrative of the spot works and is a nice reflection of the brand. Some brands stand out more than others, but it’s likely that those companies contributed more to the cause.

In a statement, Priscilla Flores Dohnert, brand director for Newcastle Brown Ale, said, “Not only did we create the world’s first crowdfunded Big Game ad, but I’m pretty sure we just made the cheapest Big Game ad ever. By asking other brands to team up with our brand, we are making a statement that Big Game advertising should be accessible to everyone, whether they can afford it or not.”

In reality, the spot wasn’t featured in a national media buy. It was featured regionally, which the company cheekily hinted at on its website. However, with 850,000 views on YouTube and over 440,000 on Facebook at press time, it’s clear that this campaign succeeded in generating publicity for Newcastle and the participating brands.

But can we expect to see more of this in the future? It’s not completely unreasonable, but there needs to be a solid strategy behind it. Companies frequently form strategic partnerships to market to new audiences or generate publicity. Plus, the rise in popularity of social media has spawned in-kind deals offering placements on another brand’s Facebook, Twitter, etc. The difference? These tend to be done outside of the public eye. It was exciting to follow along as Newcastle launched the campaign and proceeded to tease out the participating brands on Twitter leading into the big reveal during the Big Game.

Is anyone else wondering what they might do next year?