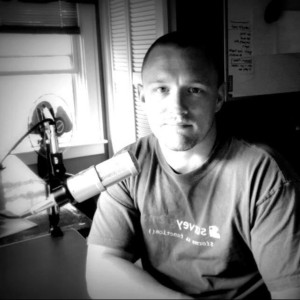 One of the questions causing a fair amount of debate around digital marketing circles revolves around whether or not Facebook page “Likes” carry any measurable business value.

Early studies into the question focused on equating the value of a Like to dollars and cents, with some whitepapers making somewhat audacious claims about the monetary value of Likes. In my opinion, the insights that support the cost per acquisition of a Facebook Like seems to be a bit less of a stretch.

Groups of industry thinkers have designed complex formulas that provide a framework for determining the lifetime value of a fan. Some others have figured out how to manipulate Google Analytics in a way that helps determine assisted conversion value, providing an ‘apples to apples’ benchmark against other, more traditional digital marketing activities.

From all of these different approaches, one thing is for certain — trying to place value on a Facebook Like is a slippery slope at best.

As Jay’s Social Pro’s Podcast # 13 with guest Tom Webster pointed out, subscribing to an email is a linear expression of permission from a recipient to a sender. When you leave your email address in the box, you are granting the owner of the site permission to deliver whatever email that they produce directly to your inbox.

On Facebook pages however, the expression of permission changes to become a bit more complex. When a user Likes a page on Facebook, they are only expressing their ‘intent to subscribe’ to the updates that will be published to that page’s Timeline. Expressing intent to subscribe is the first step in a more cyclical process that Facebook uses to score content and ultimately deliver status updates to a the news feeds of page fans.

A study conducted in June of last year by popular Facebook analytics tool PageLever shows that on average, only 7.49% of Facebook fans actually see fan page updates in their profile news feed on a daily basis. What’s even more interesting to consider is that as the size of the page’s fan base increases, the number of impressions created by content distributed to the profile news feeds of fans decreases.

This gradual decline in newsfeed impressions seems to support the idea that the expression of ‘Liking’ a page is indeed different than granting explicit permission for delivery as with opt-in email lists.

The magic of intent to subscribe is rooted in Facebook’s Edgerank Algorithm, which is the vehicle that determines what content from a Facebook page is distributed to the profile newsfeed of fans.

In EdgeRank, a Like is seen as an individual fans expression of ‘Affinity‘ for the page and it’s content. This expression is a critical first step that leads to the activating the two remaining factors in an objects EdgeRank score.

The Weight of the object increases by the type of Edge (clicked or typed interaction) created by the fan. The score is determined by how much effort it takes the user to interact. For instance, simply liking a status update carries less weight than leaving a typed comment in that it takes the user more time and brain power to complete the action. If a large number of fans interactions take place within a relatively short time period from the when the update is originally published, the third score of Time Decay for the object is also increased.

The combination of all three scores creates the sum total of EdgeRank for the content object. Objects with higher EdgeRank are in turn distributed by way of the profile newsfeed to a higher percentage of page fans.

Thus, simply Liking a page in no way guarantees that fans will see the content you share on your page. In fact, some of the data suggests the contrary.

It also appears that Facebook’s pre-IPO development of new in-stream advertising products dubbed as ‘Reach Generator‘ supports these assumptions, promising managed account holders that for a sizable fee, Reach Generator will deliver their page status updates to between of 60-85% of their total fan base.

A larger study conducted by social media agency SocialCode in the fall of 2011 suggests that Facebook fans are approximately 291% more likely to convert on any of the 7 engagement actions on a Facebook fan page than non-fans, which includes the ability to purchase products and services.

Looking at more than 5 million Facebook ads placed by over 50 clients (spanning verticals, but mostly in consumer packaged goods, auto and finance) from between May and September of this year, the study looked at the cost of acquiring new fans, and what it took to get them to perform a desired action.

Unsurprisingly, it found that fans perform desirable actions such as installing an app, voting in a contest and making a purchase at a much higher rate, and it’s significantly cheaper to prompt them to do so through advertising than it is to prompt non-fans.

To couple this, The Social Habit study conducted by Edison Research suggests that approximately 33% of social network users knowingly follow brands, products or services on social networks. Among the respondents surveyed, it was discovered upwards of 80% of those who do indeed follow brands, products or companies indicate that Facebook is the network they use the most to to do so.

Everyone Needs to Be Liked

For marketers looking to leverage Facebook as a tactical weapon in their marketing mix, the data shows that Like’s are critical factor in building an audience with potential to convert.

Without page Likes as an expression of a Facebook user’s intent to subscribe, organic fan base growth becomes inhibited. Measurements present in Facebook Insights and third party tools like PageLever such as the Total Reach, PTAT and Virility that have been designed to show the effectiveness of Facebook’s prized algorithm will be extremely limited.

Likewise, if you do plan to take advantage of any of Facebook’s in-stream advertising features, the size of your total fan base absolutely matters in a big way.

Even though we may not be able to accurately project what the monetary value of a Like, there is value present for each fan that expresses an intent to subscribe to the content shared on the Timeline. It’s a wise move for marketers to focused on generating Likes before experimenting with other Facebook promotions that lead to more traditional business KPI’s.