Twitter can suck you in to a vortex of counter-productivity like one bite of that KFC Double Down sandwich. 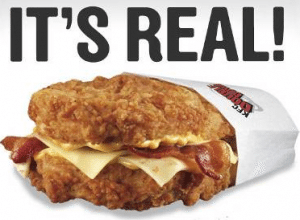 I love the Twitter culture and community, and I spend quite a bit of time using Twitter. It also continues to be a reliable conduit for new visitors here at Convince & Convert. Maybe you found this blog from Twitter?

Whatever your Twitter objectives might be, I suggest you spend some time with yourself figuring out what they are, and how to measure whether you’re accomplishing your goals.

Indeed, I use Twitter for all of the reasons above (especially to meet new people), but for me and my business, I have two core, measurable goals. 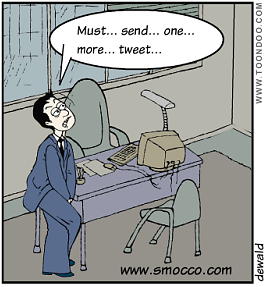 Certainly, you can generate a ton of Twitter followers using any number of schemes, tricks, and other false economies. But really, there’s not much point in that. There is no real benefit to having more Twitter followers per se, just a potentially bigger group of people with whom you can interact in pursuit of a more definable goal.

But, the number of followers you’ve accumulated is a metric that everyone looks at (admit it), and it’s at least a decent barometer of how well you’ve cultivated Twitter. (Assuming, however, that you are not using some sort of @ptbarnum system to generate thousands of followers).

I look at it a little differently. Sure, you can get a ton of followers by doing all the right things (Mack Collier has a great post here about how he got to 20,000 followers). But at what cost? If you spent all day, every day on Twitter you could certainly amass quite a following. But, the corresponding decline in your eyesight, hygiene, and patience for the Fail Whale would be drastic.

So, I’ve started to look at followers per tweet as a metric that focuses on the efficiency of time spent. Certainly, it’s not a comprehensive influence formula like Klout, or other Twitter-influence arbiters (interesting study this week from Sysomos), but it’s easy to calculate, and I think it makes sense.

As I’m writing this, my Followers per Tweet (FPT) is 2.46 (21,395 follower, 8,687 tweets sent – note that some Twitter weirdness has been massively reducing number of tweets sent reported in some cases). Gary Vaynerchuk has a FPT of 39.26. Mack is .60 Certainly, there are many other factors that contribute to number of followers, and I’m not saying this is in any way a metric judging how influential a person is on Twitter, just how efficient their Twitter usage might be.

Maybe FPT will help you think about the efficiency of your time spent on Twitter? What do you think?