Sure, the gadgets and gizmos and the apps and androids of social media make it more convenient for us to interact with one another, and with brands.

But it’s not really about the bits and bytes and data and Dick Costolo, is it?

It envelopes us, but technology is only the third most important “ly” in social media.

We don’t use social media because we’re enthralled by technology, we use social 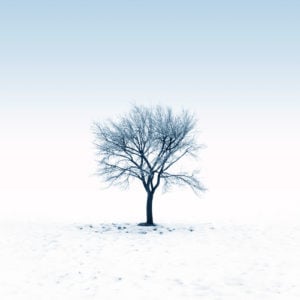 media because we yearn to connect with one another. We have an innate need to be part of something bigger, to work together, to join collectives. It’s why exile used to be a punishment literally worse than death.

Social media is first about sociology – our need to connect to one another through groups. That’s the most important “logy”. Social media is secondarily about psychology – the mental endorphins we accrue as a byproduct of those connections. That’s the second most important “logy” – the satisfaction of being able to interact with each other and with companies in a semi-human fashion (well documented in ExactTarget’s (client) Subscribers, Fans, & Followers research).

When you consider the amount of time we spend tweeting, updating status, checking in, watching YouTube videos, reading blogs, reviewing on Yelp and all the rest, the natural question (and one that will asked by interplanetary visitors, ultimately) becomes “Don’t we have anything better to do?” And the answer isn’t that we’re so unmotivated and inchoate that we create networks of computer “friends” because we just can’t muster the effort to do so in three dimensions.

Instead, the answer is “we can’t help ourselves.” Look, social media has been good to me (and probably to you). But the truth is that it wouldn’t exist at all if we had the time to connect with one another in deeper, more tangible ways. Social media is the fallback position, not our default choice.

We continue to increase productivity in the United States by a few percentage points per year, yet we have a smaller employed workforce, and the same number of hours in the day.

How is that possible?

It’s because we’re always working. Most every club, organization, gathering, or rally that requires physical participation in this country is on the decline (churches, Rotary Club, etc. etc. etc.). Why? It’s not that we don’t care about our communities. It’s because who has the time?

But yet, all this extra work hasn’t made us less social. Instead, it’s forced us to use technology to fulfill our DNA-driven sociology and psychology jones.

So when you’re thinking about what newfangled social outpost or location service to adopt for your company because you read about it on Mashable, remember that the point of all this isn’t about technology at all, but about our powerful, inescapable, unavoidable need to not be alone.

It’s much more about the social than it is about the media.