Just Being There Isn’t Enough 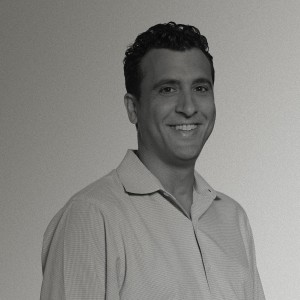 Guest post by Adam Pierno (@apierno). Adam is Creative Director at Santy Integrated, working with diverse clients like Phoenix Children’s Hospital and The Counter across all media. He splits his time between Art Direction and figuring out what makes people tick.

You’ve put your brand on social sites like Facebook and Twitter. Congratulations. You’re part of the conversation. When a consumer follows or fans you, you reciprocate. Very nice.

But if that’s where your engagement ends, you have an appointment with fail.

In any good conversation, both sides should speak, both sides should listen. Each side asks, and each side answers. As I’m certain you’ve read, a brand shouldn’t merely be blasting content and shouldn’t be fielding complaints full-time either. There are lots of people and companies using the social Web to promote their brand. The ones doing it best are those that proactively reach out to, and react appropriately when called upon by their fans.

If you’re a regular visitor to Convince & Convert, none of this is news. But here’s a twist. 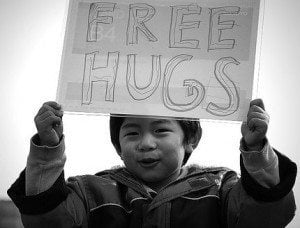 If you really want to connect, try making the conversation about something besides you. One good example is the growing gourmet burger chain The Counter based in Santa Monica, California.

They use their account on Twitter to try out new promotions, announce products and encourage feedback from their loyal customer base. You follow them, they follow you back. You ask, they answer. You complain, they ask for detail and offer to help.

Recently, immediately following a mild earth quake in Southern California, @CounterBurger tweeted: Did you feel the shake? Go get a free shake at The Counter in El Segundo until 4.49pm.

How’s that for seizing an opportunity? And people showed up to take advantage. During the recent NBA playoff series between the Denver Nuggets and LA Lakers, The Counter offered free burgers to the first 50 customers to say “Go Lakers” in the chain’s Denver location. This is a fun way to activate followers in that region, and interact with them in a way that goes beyond their expectations. It demonstrates that The Counter is paying attention to the fans’ interests.

This approach is smart because it engages followers in a conversation beyond the brand, beyond hamburgers. It makes the relationship larger. Initially, a user follows The Counter because they like the restaurant (and the food), but now they’re getting to know the brand’s personality via interesting conversations and updates that go beyond the promotional or customer service arenas.

Compare your closest friends to your “work” friends, for example. You share a lot in common with your true friends, while conversations with colleagues are limited to your shared experiences at the office or within your industry. There’s an expiration date on those relationships.

This pretty much sums up why brands like Ad Age are missing an opportunity on Twitter. They ignore any conversation, they NEVER respond to comments or inquiries. And they break the most common rules of etiquette for the community. This isn’t surprising considering they represent both the print media (who clearly doesn’t understand how to exist online) and advertising’s Old Guard (who desperately want to remain relevant but usually can’t wrap their head around it).

A typical post is represented by an example like this one: Brink’s Set to Unveil $120 Million Rebranding Effort: NEW YORK (AdAge.com) — At a time when awareness of its br.. http://tinyurl.com/nt623f

They ignore the 140 character limit completely, clearly copying and pasting from an article. Doing this demonstrates that they don’t care about the way information is exchanged on a specific channel (in this case Twitter). Even worse, it has that old media stench, the “WE will tell YOU what is important and you will read every last word”. Using the full character count with a wasted segment of an introductory line also keeps the piece from being re-tweeted. (see another example of AdAge Social Media Blindness)

In this forum, it would be be best to rewrite the headline or summary of the piece to fit the forum. It would also help with engagement if they would add some posts asking for reader opinion or feedback, or by occasionally responding to a tweet in their direction.

Social site users aren’t there to talk about your brand, even though they may occasionally indulge you. They are there to share experiences. To participate in a conversation that they might not have offline. That’s why you should be there too.