Now is the summer of our discontent. It was the best of times, it was the worst of times. For social media, one hand giveth (instant spread of the Bin Laden news) while the other hand taketh away (seemingly daily stories about a company or person doing it “wrong”).

The most egregious occurrence of late was Rashard Mendenhall (running back for the Steelers, for readers who may not be sports fans) firing off a few tweets that were far outside the boundaries of mainstream American thought with regard to 911, Bin Laden, justice, and so forth. The Steelers disavowed his statements, and Mendenhall eventually apologized.

The belief in decentralized social media and every employee being in marketing is taking root in America. The more companies I talk to, the more I recognize that once they have the official company social outposts humming, organizations want to socialize other parts of the enterprise. This is gratifying, as this is the core premise Amber Naslund and I put forth in The NOW Revolution – that social media is about people not logos, and it’s everyone’s job to represent the company on the social Web.

Trust Is Not a Four Letter Word 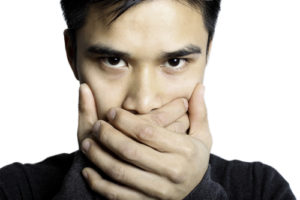 But there’s a huge obstacle preventing many of these companies from executing on this plan. In short, they don’t trust non-marketers to represent the brand appropriately. The people who oversee social media in companies are afraid that other employees will pull a Rashard Mendenhall and do more harm than good, leaving the “professional marketers” to rush in like a bucket brigade to douse the flames and pick through the smoldering ashes of the brand.

I understand the concern, I really do. But, I have two problems with it as an excuse.

First, it contains a substantial amount of unspoken conceit to presume that marketers are inherently better at social media than non-marketers. Social media success is more about being social than it is doing social, and while knowledge of the tools and tactics are helpful, common sense and good judgement is not the sole property of a department, educational or vocational background, or any other circumstance.

I’ve been in meetings and heard these exact words spoken, “It would be great if we had a lot more people active on Twitter, but we’re scared to death to encourage sales reps to set up accounts.” Seriously? These are the same people that communicate for a living, persuading people to part with hard-earned cash to purchase whatever magic elixir you purport to provide. They build rapport and overcome objections for a living, and given that they often do it in a commission-driven environment, they have more at stake in their ability to do so than most marketers ever will.

Second, nobody is disproportionately bad at social media, it’s just that social media missteps are public. Let me give you a challenge. I’d like you to work with your IT department so that you can read all of the emails sent by your employees to non-employees. Not forever, one day should suffice. I guarantee you will FREAK OUT. Your employees are saying all kinds of crazy stuff via email right now as you’re reading this. Insensitive. Poor grammar. Too salesy. Not salesy enough. It’s all there for you to obsess over. But you don’t because it’s not easy or culturally appropriate to read all those emails. Or to listen in on phone calls, for that matter.

You don’t think Rashard Mendenhall has been sending wacky emails for years, that if published in a newspaper wouldn’t send alarm bells ringing at Steelers headquarters? Wake up and smell the keyboard.

At least on Twitter you only have 140 characters to give people the impression that you’re stupid. In an email you have limitless space to confirm the notion.

As Amber so succinctly and eloquently says, if your employees aren’t “good” at social media, you don’t have a social media problem, you having a hiring problem.

So when you’re ready to expand your social media program beyond @companyname and get everyone on board, set aside your biases, engage in rigorous training with all participants, and recognize that social greatness can come from anywhere.