The 6 Dangerous Fallacies of Social Media 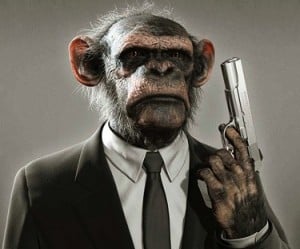 You may have heard of social media. There’s been a bit of news about it recently. However, a lot of people making that news have created expectations and beliefs about social media that aren’t true.

False. Social media is by definition slow. Done correctly, social media is about developing meaningful relationships with customers and prospective customers in their natural habitat. That’s not a “wave the magic wand” scenario. You have to create content, be part of many communities, and proceed incrementally. Many successful social media programs take months (or even more than a year) to really germinate.

False. Especially in comparison to many other communication programs like traditional PR, TV advertising, outdoor advertising and others, social media actually offers pretty solid metrics. Many social media software packages (great ebook analysis of them here) can provide highly detailed reports on the impact of social media programs. Can those results be tied back directly to sales, and therefore ROI? Probably not yet, but other than search and email (and maybe banners) where CAN you do that?

False. It’s not hard, it’s complicated. And that’s only because of the alphabet soup of social networks, lifestreams, sharing sites, etc. Social media is not about Facebook or MySpace or Flickr or Twitter or blogs or YouTube. It’s about having a strategy for making your company or organization more like a person and less like a machine. It’s about humanization.

If your customers and prospects feel like your company is more human and actually cares about them, they’ll want to be part of it. That’s the brand engagement holy grail that we’re all seeking. Too often, the humanization part gets overlooked in an effort to create a “user-generated video contest widget that we’ll launch on Facebook with support from Ustream.” Whatever. Use technology to be yourself, and don’t overthink it.

What other social media fallacies do you have? Leave a comment please.