The Loneliness of Social Media 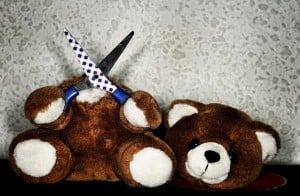 Is social media creating confusing collisions and separations in your life?

I sometimes feel like Jason Bourne. I can’t remember who I know, what I know about them, or what they know about me.

I spend more time on Twitter than in other social media outposts, so people on Twitter know a lot about what’s going on in my life, should they care to pay attention. Conversely, I do not get text message alerts from Twitter, so real-world friends are often asking me if I saw their particular tweet. Many times I did not. Thus, my Twitter exposure is staccato and semi-random. When I blink my eyes really fast, that’s what Twitter feels like to me.

But because I use Twitter so much (possibly too much), it leaves other fields untended to in some cases.

I’ve gone back and forth with hooking my Twitter stream to my Facebook status updates and then disconnecting it. Fewer than half of my Facebook friends are on Twitter, and only about 20% are serious tweeters. Currently I’m using the Tweeter application for Facebook, which inserts my tweets with moderate consistency, but does not send to Facebook any tweets that start with @ or RT.

Even with those filters applied, I’m convinced that many of my Facebook friends are befuddled and annoyed with the inside baseball aspect of my tweets delivered to Facebook. I don’t feel like I’m being a good friend, but also am not sure I want to selectively double-post (triple post now that LinkedIn has status updates).

My Mom is also now on Facebook. I’m excited that she’s embracing the technology and the opportunity. She is the queen bee, so she’ll love Facebook. And she’ll probably have more friends than me in about five minutes, which stings a little.

I’ve always foolishly considered social media to be “my thing.” But with my Mom on Facebook and my stepmom on Twitter, I find myself longing for the “privacy” that social media offered when immediate family wasn’t involved.

On the opposite side, there are people whom I’m close to that still aren’t involved in social media, and I wish they were. My wife, for example. Call me the typical non-communicative guy, but there’s no question that I put more info about what’s going on with me on Twitter than I tell her face-to-face. So it can be pretty awkward when we’re at dinner with friends who use Twitter, and they ask me about some little drama I tweeted about, and she has no idea what we’re talking about.

Am I trying to digitize intimacy in 140-character bursts, or is my desire for her to be on Twitter reasonable?

Clearly, the social media souffle is far from risen, and these questions of balance and intersection will both persist and change with the technology and its usage.

But for now, how are you finding the balance between real world and social media relationships?

(photo by Not So Good Photography)