The Most Overrated Social Media Metric

Do you sell advertising on your website? No? Then why are you so excited about your website traffic?

The most overrated social media metric is traffic from social outposts.

This blog post is symptomatic of this problem, although there have been hundreds (thousands?) like it. Here’s the highlight:

Pinterest has spawned a new way of consuming and searching information, and may be the poster child for the coming image-centric social Web that will make written blogs like mine look quaintly Amish by 2014. But to make the case that Pinterest should be a big part of your marketing arsenal because it proportionally sends more traffic to your website than Facebook or Twitter is patently ridiculous.

You are in the behavior business, not the eyeballs business.

The Social Media Metrics That Matter

When determining the value of your social media efforts, and certainly when calculating your ROI, you must focus on behavior, not aggregation. Almost always, numbers that count steadily upward (like number of fans, number of visitors, etc.) are inferior to ratios and percentages that measure behavior.

Knowing that Pinterest sends a ton of traffic to your site should CREATE questions in your company, not answer them.

Those are data points that are easily determined with web analytics and goal funnels, but are different for every company. All of these are vastly more important than the number of website visitors from Pinterest.

I don’t know for sure, because even though I’m moderately active on Pinterest, I don’t see a ton of traffic from it because I almost always pin other people’s stuff rather than my own. We also use Pinterest as the curation hub for our daily One Social Thing email update. I don’t get enough Pinterest traffic to test the theory. I’d love to see someone with access to more analytics data tackle it. 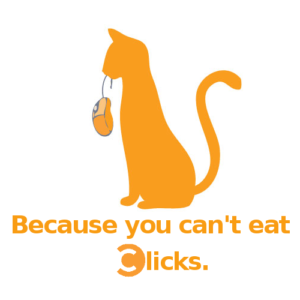 Maybe that’s the story, I’m not sure. But I definitely know that the story is NOT that Pinterest sends a bunch of traffic to your site. To that revelation I say “who cares”?