13 Observations From South by Southwest (SXSW)

As usual, this year’s South by Southwest Interactive conference was a blur. Between the people, the parties, and purveyors of all things bacon, it was a twenty ring circus of the sublime and bizarre.

There was no shatteringly impactful takeaway from SXSW 2010, as it seems we’ve entered a (sure to be brief) innovation lull. But, I absorbed many smaller lessons that will help guide my thinking about the conference, technology, and social business in the coming months. 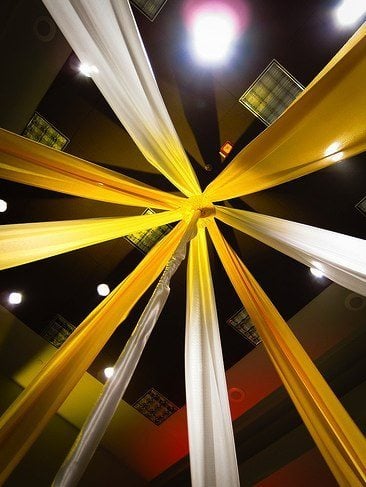 1. There is More Than One SXSW
As the conference continues to grow (interactive registrations up 40% over 2009, to more than 15,000 total), attendee segmentation follows apace. There seems to be a distinct collection of sessions, parties, and hang-outs for the social media crowd, and then a completely separate collection for developers, entrepreneurs (and of course film attendees). Several people I know who live in the developer or entrepreneur world frequently checked in on Gowalla at panels and parties that I had never heard of, and were completely off my radar. The feeling of community, and “we’re all in this together” is slipping away.

2. Bigger Isn’t Necessarily Better
If registration climbs again, SXSW organizers will have a real dilemma. This year, nearly every session had a line to get in, forcing attendees to arrive meaningfully early to find a seat. Thus, if the session was a disappointment (see below), it was impossible to jump into another session. Further, it was unlikely you’d be able to attend back-to-back sessions unless they were in the same room. Realistically, you can only catch a session in every other time slot, and that’s a problem. Even with more and more sessions being staged outside the convention center in adjacent hotels, SXSW cannot get much bigger without serious impact to the attendee experience.

3. The Conference Isn’t That Good
Whether it was their fourth time or first, every person I spoke to within my social media bubble (and I asked about 50) said the same thing – “I was surprised by how bad some of the sessions were.” More so than any other event I attend, SXSW is conference roulette. Evan Williams’ (co-founder, Twitter) keynote was so disastrous that an anecdotally estimated 80% of those in the room left before conclusion. South by Southwest is distinct in its programming methodology, letting attendees vote (in part) for which sessions will be staged, which unfortunately makes for a lot of extra-pithy titles with weak content.

SXSW needs a much better vetting process if it’s going to retain even a modicum of educational value.

4. The Periphery Exceeds the Core
The best parts of this year’s SXSW largely took place outside the framework of the actual conference. The best parties are always those that are purposely kept quiet, and this year was no exception, with David Armano and Dell’s Richard Binhammer reprising the daytime All Hat party for social media types.

But now, even the best content is beyond the official SXSW boundaries. The best sessions I saw this year were at Get Ready to Live, a one day “shadow conference” put on by BazaarVoice, BlueClover, and Chris Brogan. I suspect we’ll start seeing much more of this parallel programming to meet the needs of advanced practitioners.

5. Location, Location, Location
The biggest story of the event was the widespread usage of presence services foursquare and Gowalla. Check-ins were plentiful (as evidenced by the many thousands of people noting that they had been at the airport), and sessions describing how businesses can take advantage of local social were numerous. While the privacy issues continue to be a stumbling block for some, the ability of these services to enhance your experiences in real-time by showing you who’s nearby, and insider tips for each location is enticing. Both companies (as well as a second tier of contenders) are working on new features and ramping up their business development teams. foursquare has a very interesting new dashboard that shows business owners data about how and when people have checked-in. I’ll write about that soon.

6. Twitter is so 2008
The buzz about location came largely at the expense of Twitter, as most of the social media brigade updated their Twitter status infrequently, if at all. As I wrote about yesterday in “7 Reasons Not to Put All Your Eggs in the Twitter Basket” as your number of Twitter followers grows, the percentage of those followers that care about your current activity plummets. Thus, to avoid boring their followers with #sxsw tweet barrages, many people bypassed Twitter in favor of foursquare or Gowalla. 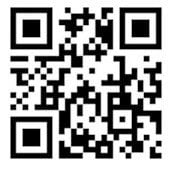 I had high hopes for the emergence of QR codes (the newfangled bar codes that allow you to instantly access a Web site or rich media). At SXSW, each attendee had their unique QR code printed on their name badge. Smart phone-toting attendees could snap a photo of each others’ code, and instantly follow one another within the my.SXSW social network. Largely, it didn’t happen.

Whether it was the darkness of the bars, the dorkiness of pointing your camera at someone’s chest, or the limited shelf-life of following someone on an event-based social network, most folks at SXSW snapped a couple of codes, and then shrugged.

I maintain that QR codes will eventually be as huge in the U.S. as they are in Asia, just not yet. Start-up Sticky Bits exhibited at the conference, and their version of QR with custom content, integrated statistics, and crowd-sourced notes may have real promise.

8. Social Data Firehosing
In contrast to the conference at large, I was delighted by the exhibition this year. Larger space, more interesting companies, and better production overall. Several companies I visited are working in the field of social data collection and analysis, an area where we need to make much progress to fulfill the promise of universal social media adoption.

9. Social Integration
Maybe I just heard what I wanted to hear/preach, but there seemed to be a lot of chatter among returning attendees and experienced social media types about integrating social media with other marketing and/or customer service elements. Again, this is an incredibly positive sign, as we can’t treat social media as a unicorn when it’s really just a horse. Good news for my clients at ExactTarget, who got a lot of SXSW tongues wagging with their pre-conference purchase of enterprise Twitter management company Co-Tweet (whose CEO Jesse Engle I was delighted to meet).

10. Social Specialization
There was much talk among the social media consultant set about the need for the industry to deconstruct social media. As David Meerman Scott acknowledged in his session Tuesday, “What does social media even mean?” It’s become a fuzzy catch all for everything from customer service, to customer experience, to customer relationship management, to content marketing, to word of mouth. This level of vagary is useless.

We need to start getting specific about social media services and capabilities, and talk about the components of social media, not “social media” as a whole.

11. It’s About Retention
I was heartened to see that with a few exceptions, most of the conversations, exhibiting companies, and sessions at SXSW positioned social media as a way to engage with current customers, rather than as a way to drive awareness or first-time sales. I hope that we continue down this path, and focus more on the social, and less on the “media”. There was also a lot of talk (especially among the big brands) on operationalizing social media, and creating true best practices for how to thrive in a real-time world where every customer is a reporter.

12. Star Power
As the number of social media “celebrities” increases via book publishing, widespread acknowledgement of skills, or personal delusion, the difference between the good people and the assholes becomes codified. People like Chris Brogan and Gary Vaynerchuk are name-brand consultants and speakers because they have great ideas and articulate them well. But more importantly, both of them (and many, many more), genuinely care about people. Chris is incredibly kind and approachable. And Gary put on a mind-blowing display of people passion at his keynote, standing at the front of a cavernous ballroom, shaking hands, hugging, and thanking all of the many hundreds of attendees.

Conversely, there were several moments of high school flashback-inducing douche baggery that are more common with the conference getting so big, that VIP sections and secret invites have become the norm. I’d say “you know who you are” but obviously, you don’t.

13. Experience Trumps Interruption
If nothing else, SXSW is an experiential feast. Everything about it is super-sized and intense, like Hulk Hogan + Red Bull. But despite its many shortcomings, I’ll be back. And it’s not because of the parties, or the sessions, or the corporate sponsors. It’s not about anything that’s on your calendar or in any way tied to the norm of interruption marketing.

What makes SXSW special is the accidents. The kismet. The little things that you’ve never seen, and won’t again. Off the top of my head: Chatting with Julien Smith about the pros/cons of book co-authorship; being handed free bacon by a kid (also, free bacon soap from Sweet Soaps); being a Karaoke backup dancer; talking hockey with Marcel Lebrun; watching dueling theramins (one on fire) at the incredible Man or Astro Man reunion concert; and Mike Corak eating Habanero chili with jalapeno topping, and Jason Falls footing the bill.

If you come to Austin expecting it to be laid out if front of you, for it all to make sense in an orderly, pain-free fashion you’ll leave disappointed. But, if you embrace the randomness and connect your own dots, you’ll learn a lot about the industry, the people in it, and maybe even yourself.

See you next year.