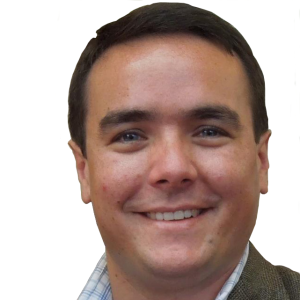 Marketers often spend hours selecting and producing visual content to post on Facebook brand pages. Creatives, strategists, and managers can go round-and-around debating which images work and which don’t for a brand. Sometimes they debate over whether or not the brand should show people in brand images, and everyone has their differing opinions.

At Taggs, we decided to bring data to help settle the debate – Do people pictured in brand images help or hurt Facebook engagement?

Brand images without people would be associated with greater engagement than those images including people. The hypothesis is based on our anecdotal observations that when a Facebook user encounters a brand image of a product, lifestyle, or landscape without a person shown, the user is better able to project themselves into the image and therefore more likely to like, share, or comment on the image.

How Does the Presence of People in Brand Images Relate to Engagement?

We used Taggs’ visual content marketing software to index 3,656 brand images published on Facebook since the start of the year. We collected these images from 14 leading Facebook consumer brands in retail and restaurant sectors.

We classified each image as having a person, not having a person, or showing only a part of a person, such as a hand holding a product but without showing a person’s face. We found that over half of the images (54%) published by brands did not include people, and only 41% included a person.

We calculated engagement for each image as a percent of fans so that we could aggregate information across brands. We compared engagement among categories and found the following:

A surprise to us! We had hypothesized that images without a person would have the highest engagement. We were surprised to find that images showing only a part of the body, such as a hand holding a product, had the highest engagement of the three categories. We dove a little deeper into the data and broke out our analysis by post likes, shares, and comments to shed more light on these results.

We found that images showing partial body part earned 29% more likes than images with a person and 10% more likes than images without a person. Likes are, of course, the most abundant and lightest engagement, and this is the only metric for which we found partial body shots beating images without people. It’s really interesting that most of these “hand holding product” shots are really casual images, clearly snapped with a phone camera.

Breakdown of People Frequency of all Brands in the Study

Here’s the breakdown of the brand in our analysis, showing the frequency with which they post images with or without people.  Take a close look. Any implications of brand strategy jumping out?

The national restaurants, Pizza Hut, Dunkin’ Donuts, Starbucks, and Subway, all together jump out at me. They all tend to rely heavily on images without people (which are usually promotional images of their food and drink products).

Dunkin’ Donuts images, in particular, only show people about 7% of the time, which is the lowest of any brand here. Also, 11% of DD images are of a body part only, almost always a hand holding a drink or snack product. The overwhelming majority of DD images, 4 out 5 in fact, don’t include people.

Interesting Findings about Engagement and People

Most of the brands we analyzed conformed to our original expectations that images without people in them would outperform images with people in terms of Facebook engagement, especially in the retail sector. Here are some notable findings.

Three brands though showed images with people being more engaging than images without people: Subway, Victoria’s Secret, and Abercrombie & Fitch.

Subway’s images of people often show one or more of their many spokespeople or customers. These images perform well for likes and comments, but they underperform in earning shares.

For Victoria’s secret, we found that images with people (most of whom are scantily clad Angels models), engage the audience at an incredibly high rate, more than 2:1 over images in which people don’t appear.

Here are some of the key findings that will help marketers in creating a solid visual content digital marketing strategy for Facebook:

1. Across all brands we saw that images without people outperformed images with people by about 17%.

In retail, we see some even larger differences in engagement between images with and without people, ranging from +41% for Old Navy to +113% at Kohl’s. These findings suggest that users prefer to see pictures of retail products without people, making it easier for them to visualize wearing or having an advertised product.

2. Causal images that show partial body like hands and feet are associated with higher Facebook likes. However, images without people or body parts entirely earned more shares. If you’re social strategy prioritizes earning shares, keeping people out of the images may improve your likelihood of earning shares on Facebook.

3. This takeaway may seem contradictory to 1 and 2. However, if your retail brand has a unique brand asset comprised of people, such as the notable models at Victoria’s Secret and A&F, then the images of people may indeed help boost engagement.

I think the overarching takeaway is that brands need visual content strategies that take into account unique brand identity, objectives, and audience.

Now it’s time for your thoughts. How do you see people influencing Facebook engagement for your brand images?

The Research Methods Behind the Madness

Using the Taggs’ visual content marketing software, we analyzes 3,656 Facebook image posts from fourteen different brand pages. We only analyzed images published to the Timeline from January 1 to June 31 2013.

In calculating engagement as a percent of fans, we used the formula (post likes + shares + comments) / page likes * 1000 (a multiplier to make decimals more manageable in visualizations).