Who Cares What Chris Brogan is Drinking? 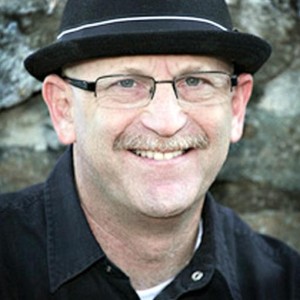 You know who Chris Brogan is, right? Skip the following paragraph.

What?!? You don’t know the name? Chris is the publisher of Owner Magazine, CEO of Human Business Works, a publishing and media company, a keynote speaker, marketing consultant to major brands, and the bestselling author of six books. Marketers want a piece of Chris. He’s also one of the good guys. He means and does what he says.

Chris is also a big drinker.

Chris writes a personalized, no-muss, text-based email to his massive list of subscribers every Sunday night. He launches into each one by telling you what type of coffee or tea he’s drinking. He really does.

I’m having some Vietnamese French style coffee (have you had that before?), and it’s yummy! What about you?

A week or so prior, he wrote:

I’m drinking a delicious though simple yerba mate with chai spices (Yes, Indian friends, I know that “chai” means “tea,” but that’s the label). You?

He appears to be a fairly discriminating connoisseur of tea:

I’m sitting here in my local Barnes & Noble sipping a double dirty iced chai, Barry, and I’m thinking about preparation and how just a little bit goes a long way.

But who the hell cares what he’s drinking?

I’ve been reading his emails for a year or more because they are great. Super genuine. Informative. Fantastic reads.

It always feels like I’m getting an email from a friend. Why? Because I am.

Is this mega-star of new media really my friend? Well, as it turns out we’ve never actually clinked teacups, but Chris cares about me. He’s always on the lookout for ways to help me grow as a business owner and person. He ALWAYS asks me to write back. I often do. He ALWAYS responds. That qualifies as a friend, my friend.

I must admit, I was scratching my head for quite some time when Chris insisted I get acquainted with his cup of tea or java every Sunday night. I couldn’t help but think, “Who cares, dude?”

I’m onto you now, Chris.

I think I get it now. Chris wants me to know him. Hot beverages are important to him. Nothing wrong with that.

I do the same thing. If you read my stuff regularly you have to come to know I have two daughters I adore. You have to know I love rock and roll. It’s inevitable I’m going to share my ideas about online marketing based on what’s worked for growing my business.

So let me tell you about this one compliment I get often. Goes like this…

Was I being a journalist? Online marketer? Website copywriter? Teacher?

Yes, all of the above. Was I thinking of my job description as I wrote that page or post? Hell no.

I was thinking, it’d be great if I could help you grow your business with effective online marketing. And, I think, the only way to get ‘er done is to drop the façade and talk human to human.

Maybe I should run the idea by Chris.

I see Chris at most of the new media conferences I attend. I’m not real shy about introducing myself to the speakers, authors, even the hosts, however Brogan’s always surrounded by a crowd, so I’ve yet to barge in.

Prior to New Media Expo (NMX 2014 in Las Vegas), I asked Chris if he’d be there. He said, “yes,” and I said, “I’ll be shaking your hand there and introducing myself.” He said, “I look forward to that, Barry.” I believe I mentioned he’s a nice guy.

I did. About 30 seconds after the greeting (and conversation about his morning coffee), I told him I had an idea for a post. It’d be called, “Who Cares What Chris Brogan is Drinking?” I asked him what he thought of the idea. He thought it was a great idea.

I told him it’d be a story about being authentic, personal, and genuine with the people who read your communications. He got that. I had to know, “That is why you talk about coffee and tea, right?”

He said it was, but he said there’s a more important reason. Bring it Brogan. What might that be? Chris said the coffee and tea subject has proven to be the number one thing people write back to him about.

Did you get that? He writes to hundreds of thousands of people. He has several companies and all kinds of services and programs he’d like us to buy, but he wants people to write back to discuss their drinking habits. Hmph.

Then he asked me about what I do and what’s something I’d like to accomplish this year. I guess he wants to lend a hand. I told him I’d like to begin selling some of my more robust copywriting lessons as information products, but I never have before. At a nearby table Chris spotted a man he knew would have great tips and resources for me. (He knows a lot of people.) He introduced us, thanked me for taking the time to talk to him, and moved on to the next guy who wanted a Brogan handshake.

You can never learn too much about this stuff.

Just a few hours later at the NMX conference, I took a seat at a session titled, “Guaranteed to Stand Out — Authenticity and Transparency Behind the Microphone.” It was a mini-panel hosted by Pat Flynn and Cliff Ravenscraft.

Cliff is kind of the big daddy of podcasting and one of his ace students, Pat, has graduated with honors. He has one of the leading podcasts in the world, speaks to standing room only venues at new media conferences, and operates several successful new media-based businesses. During the conference, Pat was selected to keynote next year’s event.

Pat and Cliff are very knowledgeable, very generous with their wisdom, very comfortable in front of crowd, but mostly they’re amazingly genuine in all they do. It’s the secret to their popularity and success.

They had no slides. Bravo. The first thing they asked of the audience was to turn to the person next to you and tell him or her about a favorite vacation, then allow them to do the same. If you say so guys.

I told the guy next to me about a fairly recent family trip to Sunriver, Oregon. He told me about his first trip to Hawaii with his wife. I asked him his name. It was Spencer Haws of Niche Pursuits. No way!!!

Spencer and I know each other. Guess how? Social media. In fact, I use the software product Spencer created, Longtail Pro. He knows me. Why? I wrote about his software. Where? Here. On Convince and Convert. I interviewed him via Skype while researching my article.

But why should I care that Spencer and his wife treasure their memories of the hikes they took in Kauai?

Grab a cup of tea and think that one over.