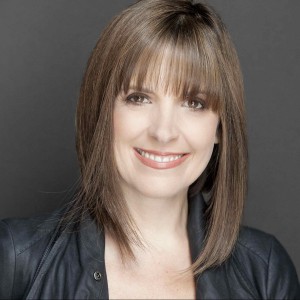 With 23 million albums sold, five Grammy Awards, and Forbes’ distinction as one of the world’s most powerful celebrities, Lady Gaga is one of the most well-known pop artists in the world. Known as much for her voice as for her over-the-top wardrobe, few recognize Lady Gaga for her stunning business acumen, giving her legions of loyal fans worldwide—fans who are eager to buy her music, concert tickets, and products. Her social networking prowess is off the charts with 35 million Twitter followers and 56 million “likes” on Facebook. Not only has she created a brand but she is cultivating a fanatical group of consumers, known as her “Little Monsters,” who will follow her for decades to come.

Lady Gaga didn’t become the success she is today based solely on her talent. She did so by engendering immense loyalty from her fans through her music, her message, and the community she has built around them. To anyone in the business community, this sounds like a classic case of loyalty marketing and customer cultivation. Here are seven lessons for building this kind of loyalty in any organization (and they don’t include wearing a meat dress):

Focus on Your One Percenters

Gaga spends most of her effort on just one percent of her audience, the highly engaged superfans who drive word of mouth. Despite her tens of millions of followers in social media, she focuses on the die-hard fans that make up a small but valuable part of the fan base. It’s these fans who will evangelize for her and bring new fans into the fold.

Gaga differs from her contemporaries by standing up for issues that she cares about and for sharing her values. She champions those in society who feel marginalized and bullied for being different. Customers feel a deep emotional connection when they identity with your values or causes that you care about. Leading with values is not easy, but when done with integrity and commitment, customers will reward you with their loyalty.

Gaga knows that connecting One Percenters strengthens their bonds with each other and the business, so she built her own social network for the die-hard fans called Littlemonsters.com. Fans set up profiles, post fan art and photos, message each other, and find links to concert dates. They even get their own Littlemonsters.com e-mail address, linking their online identity to Gaga. The pop star is on the site weekly, posting special messages to fans, “liking” and commenting on their fan art, and participating in chat discussions.

Give Fans a Name

Creating a name for your One Percenters, like Little Monsters, assigns them an identity. With that identity comes a set of recognizable behavioral or personal characteristics that everyone with that name shares. In essence, a name gives your fans something to join, to be part of. The simple act of referring to themselves by the name gives customers a strong sense of belonging.

Gaga’s Little Monsters have many shared symbols that everyone in the community understands. The shared knowledge and use of the symbols helps people bond by creating a collective experience. From the “monster paw” hand greeting (“Paws up!”) to the use of unicorn images and decomposing skull makeup, Gaga is constantly introducing fans to unique symbols that they share and make their own.

Gaga is a fan of her fans. In the middle of her concerts, she stops the show and calls a fan in the audience. Video of the fan is put up on the big screen for all to see. Gaga, an actual rock star, has made this fan feel like a rock star. Celebrate your customers and put them in the spotlight. Make them feel special, like the rock stars that they are.

Generate Something to Talk About

Gaga is the queen of word-of-mouth marketing. She understands that you must continually give your One Percenters things to comment about so that they have reasons to talk to others about you. From popping out of an “egg” at the Grammys to lighting her piano on fire, she fans the flames of buzz and talk value.

Now that you’ve learned a lesson or two from Lady Gaga, ask yourself a few questions:

So much more than a catchy verse, latex and lust, Lady Gaga can teach businesses how to lead with loyalty and gratitude.