Why Storytelling Is Essential to Science with Randy Olson

Randy Olson
Posted Under: The Business of Story Podcast 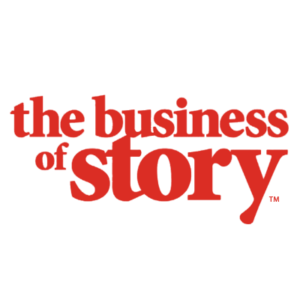 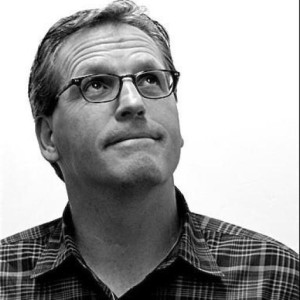 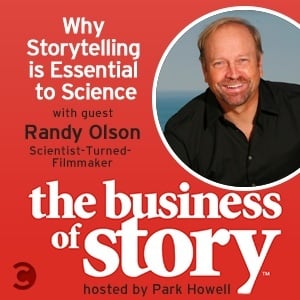 From oceanographer to documentarian to training author-scientists around the world on how to communicate through story, Randy Olson joins us today to share his methods for crafting exceptional business and science narratives. 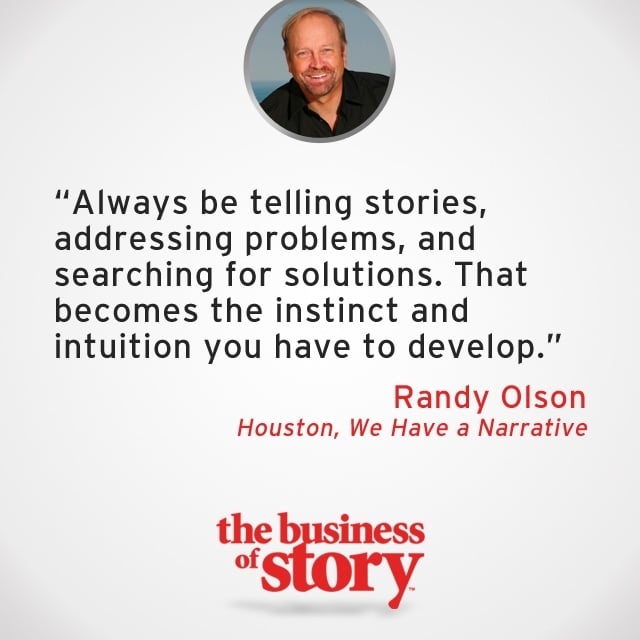 Randy Olson began his journey as a Harvard Ph.D. and a tenured professor of marine biology at the University of New Hampshire. One day he realized that he had a broader interested in the mass communication of information through story and he tossed in the towel on teaching and moved to Hollywood to study narrative and cinema. He is now an independant film makeran author of three books, and a consultant and teacher of his own Story Circle workshops for scientists and entrepreneurs.

At the core of Randy’s training lies a simple template that he calls the “be all and end all of communicating”: the ABT formula.
ABT stands for “and, but, & therefore”. It sounds simple, but Randy points out that many in the business and science world fail at implementing ABT because they over-complicate or drift into different structures. Structures Randy advises storytellers to avoid? AAA (and, and, and) and DHY (despite, however, yet).
You won’t see many others teaching Randy’s structure; communicating through narrative is often a difficult task. “It’s a muscle you have to work out week after week”, says Randy.
What can entrepreneurs and scientists do to strengthen their storytelling muscles? This episode is full of excellent advice and special resources.

“Narrative is at the core of how we’ve communicated for at least 4,000 years and the time has come for everybody on the planet to learn this fundamental building block of how to communicate.” —@ABTAgenda
“When using a functional MRI to look at brain activity of people who are being told a story that has narrative structure… You see way more brain activity when people are engaged in the story.” —@ABTAgenda
“The narrative of leadership is similar. If you’re up presenting and you don’t have narrative structure, people’s brains are wandering all over the place.” —@ABTAgenda
“I argue nowadays that ABT is the be-all and end-all of communication. There is no alternative version for narrative.” —@ABTAgenda 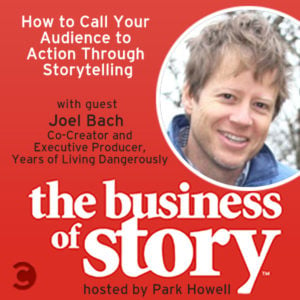 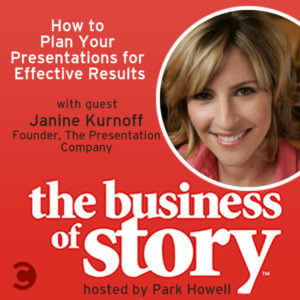 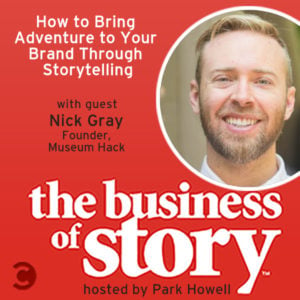