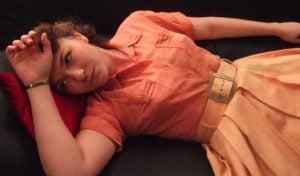 Are you overdoing it on social media? Just a little?

The good news is that social media is something special. It’s not just a marketing tactic (although social media marketing can be effective). It’s more of a movement. A philosophy that brings brands and customers closer together through humanization of the brand and mutual respect.

The bad news is that many in the social media arena would lead you to believe that social media is ready for prime time and that you should forsake all other forms of marketing. That’s just crazy. While consumers clearly want to engage with brands in social media, the number of social media users – while growing fast – is not yet overwhelmingly large.

If You Think You Can Use Social Media Only, You Can’t

You simply cannot ignore the percentage of your customer and prospective customer base that isn’t involved in social media. And it’s easy to overlook them. The convenience, immediacy, and conviviality (for now) of social media gives it a strong gravitational pull. I probably spend more time on Twitter than can be justified from a business perspective, but it’s so much fun and I learn so much, that it’s hard to stay away.

And to some degree, full reliance on social media is a marketing cop out. This fallacy of “we’ll engage with our customers and let them do our marketing for us by telling their friends” reads well in a marketing plan, but is exceptionally difficult to execute unless your brand is compelling in a way that most simply aren’t.

The time will come when social media will start to take budget dollars away from entrenched marketing programs the way that banners and search have taken budget from TV. That time isn’t here yet. But it’s coming.

Until then, I encourage you to embrace social media, but leave one arm free to execute smart marketing programs for the 50% (or more) of the world that doesn’t know Yelp from kelp.